The Hawaii County Council on October 15 unanimously adopted Resolution No. 501-14 requesting the Legislature to raise the minimum Hawaii-grown content in coffee blends to 51% and to require disclosure of the origin of foreign-grown coffee on the label.

In reaction, Hawaii Coffee Company (Hawaii’s largest coffee blender) in November sent the following communication to Kona farmers who in the past have sold it coffee cherry: 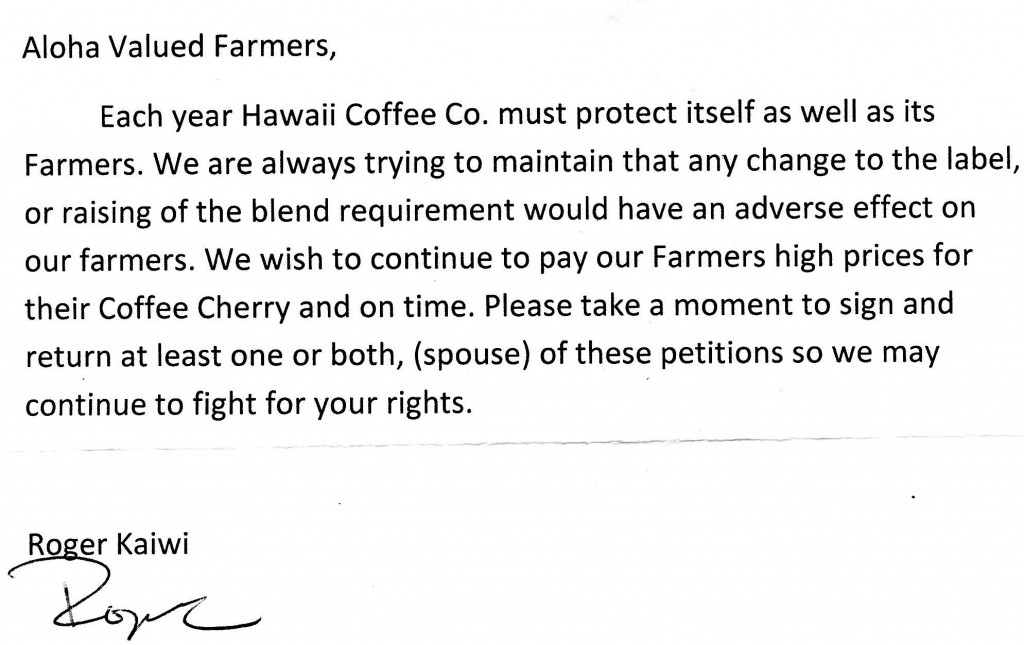 and suggesting the following (including the 2 stamped envelopes)… 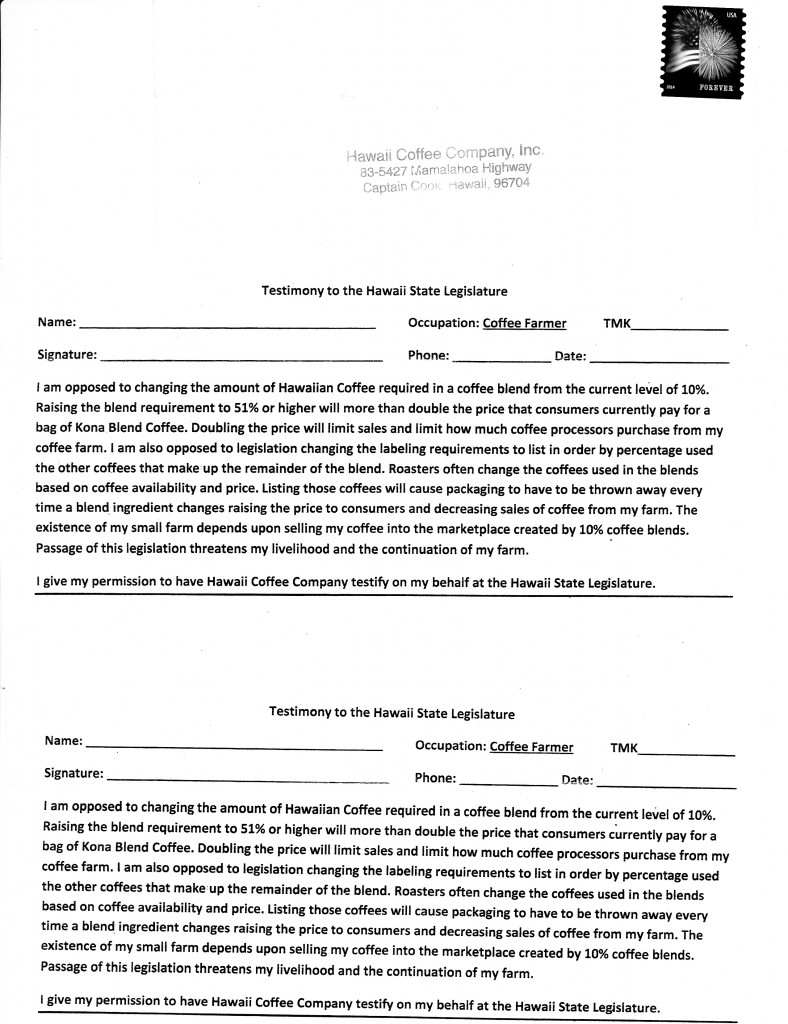 NOTE: That by requesting that signed copies be returned to it, Hawaii Coffee Company will have a record of which cherry farmers complied and which did not.

After the mailing of the Hawaii Coffee Company communication, KCFA Board members have been contacted by a number of cherry farmers saying that they fully support the changes requested by the Hawaii County Council’s Resolution.  HOWEVER, they also have indicated that they will not be publicly stating that support because of concern that they may be blackballed by the processors–and left without a market for their cherry.

We recognize and appreciate the dilemma of cherry farmers who face a market with a limited number of buyers for their crop.  We also recognize that many cherry farmers know full well that 10% blends damage the reputation of Kona coffee and reduce prices paid for their coffee cherry.

We’re asking you to Sign our Petition! here: http://tinyurl.com/KCFA-Petition