Hawaii County Council Bill 79 (Limited Ban on GMO Crops):  At the June 18 KCFA Board meeting, Colehour Bondera introduced and the Board unanimously adopted a resolution in support of Bill 79. This bill has been introduced by County Council Member Margaret Wille and would prohibit most GMO (Genetically Modified Organism) crops in Hawaii County.  On July 2 and 3, more than a dozen KCFA members and hundreds of other County residents testified to the Council in favor of the bill.  A number of KCFA members testified concerning the threat of economic damages to Kona Coffee posed by potential GMO contamination—a threat which was dramatically illustrated by the decision of Japan last month to bar shipments of white wheat from the US after GMO contaminated white wheat was found on a farm in Oregon. White wheat prices have since fallen. If Kona Coffee were to be contaminated with GMO genes through cross-pollination or otherwise, we would be at risk of losing Japanese and European markets for our crop. If this were to happen, the adverse economic impact would be devastating.  The County Council will further consider Bill 79 at its July 30 meeting.

$1 Million in USDA Funding for CBB Research and Mitigation: On May 23, US Senator Mazie Hirono called left advanced word with KCFA that she had been advised by US Secretary of Agriculture Thomas Vilsack that the USDA would be making available $1 million for CBB research and mitigation. After having received formal written notification of funding from the USDA in early July, Sen. Hirono issued a press release on July 11 announcing this funding decision. As a result of the press release, KCFA President Cecelia Smith was contacted by various media outlets for comment and she expressed the appreciation of Kona coffee farmers for the USDA decision and for the work of Sen. Hirono in highlighting the seriousness of the CBB emergency faced by Hawaii coffee farmers.
Submitted by the Legislative Committee

At its monthly Board Meeting on Tuesday, July 16th, the Kona Coffee Farmer’s Association unanimously commended Board Member Bruce Corker for his efforts in effecting the $1M allocation to combat CBB that Senator Mazie Horono and the USDA announced on July 11th.

On April 15th, Senator Hirono wrote Secretary Vilsack with a personal request for funding of an Area Wide Integrated Pest Management Program for the mitigation of CBB.

On May 23rd,Senator Hirono called Corker to announce that the $1M in funding had been  authorized  through the USDA “to aid in controlling CBB in the United States”.

Cecelia Smith, President of the KCFA said “Through Bruce Corker’s extensive efforts, all of Hawaii coffee farmers will benefit from a science based program to mitigate the devastating Coffee Berry Borer conducted through the Pacific Basin Agricultural Research Center.” 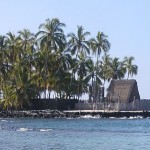 All members and their families are invited and encouraged to come to the annual KCFA Barbeque to be held on Sunday, August 11th from 2-6 pm at the Picnic area across from beautiful Honaunau Bay/Two Step.

KCFA will supply hot dogs and hamburgers and their buns so please RSVP to [email protected] or call 329-4035 and let her know how many of you are coming!

Two Costco $25 gift cards will be given away to lucky Members.  Come and enjoy the water and just talking story with your fellow farmers before we begin the 2013-2014 Harvest.

Members are asked to please bring a salad, or dessert or something to go along with the hot dog and hamburger menu, and also please bring your own drinks. More details to follow but do RSVP asap.  See you all there!

A Look into Kona Coffee History

This document provides a fascinating historical view of the marketing and politics of Kona coffee of some 22 years ago–from the perspective of one of the prominent buyers and marketers, Kona Kai Farms.  This paper is a “must read” for anyone interested in the history of Kona coffee.

Among the topics discussed in the position paper are:

**The crash of Kona coffee prices in the early 1990s

**The 1990 sale by Superior Coffee Company (a division of Sara Lee) of its Hawaii operations to C. Brewer (one of Hawaii’s “Big Five” corporations)—a sale that included rights to the “Royal Kona” brand name—a brand now owned by Hawaii Coffee Company.

**Enactment by the State of the “10% Coffee Blend Law” in 1990—even though “most of the farmers were adamant that any Kona blend contain at least 51%.”

**Increased competition from coffee growers on other islands

**The continued rise of the market share of the specialty coffees

The additional historical footnote to the Position Paper comes from the Kona Kai coffee counterfeiting scandal of the mid-1990s.  As related by author Gerald Kinro in his book, “A Cup of Aloha”, in 1996 “[i]t was discovered that Michael Norton of Kona Kai Farms…had purchased inferior Panamanian and Costa Rican beans and sold these as Kona coffee at premium prices….Norton violated the federal Food and Drug and Cosmetic Act by selling a misbranded product. He was sentenced to two and a half years in a federal prison and was ordered to pay $440,000 in back taxes in March 2002.”

Submitted by the Branding Committee

KCFA Sets Priorities for FY2014 and Beyond

On May 28 and with a follow-up on June 3, the KCFA Board of Directors met for day-long sessions to plan the focus for FY2014 and beyond. Pamela Burns, CEO and President of the Hawaiian Humane Society on Oahu, volunteered to facilitate the effort.  Burns sits on several national boards and has headed the Hawaiian Humane Society on Oahu for over 20 years. Her professionalism and active volunteerism with the KCFA was very much appreciated.

After much discussion and Burns’ helpful direction, the KCFA determined that its Priorities are:

1) Promote Kona Coffee by enhancing the website and newsletter to encourage more participation by members and the public.

2) Encourage further Kona Coffee education by posting links on the KCFA website for relevant government websites- exclusively for KCFA Members, and by conducting frequent lectures for new and longtime farmers.

3) Continue current Legislative Action by strengthening ties with our County, State, and National politicians to continue the effort to protect 100% Kona Coffee, and by working to find common ground with other groups.

4) Recruit and retain members to even further strengthen the KCFA with our members’ enthusiasm and leadership abilities. In an effort to further solicit Member input on relevant subjects, a survey will be created and distributed to all, asking for Member opinions and suggestions.

Revenue sources were also discussed and an outline is now in place to take KCFA to the next level in an effort to grow our organization to be the very best.

All KCFA members are encouraged to help with the Priorities. We need your involvement. Please email [email protected] with the subject “FY2014” and indicate your area of interest.

Again mahalo nui to Pamela Burns and to all the KCFA Board of Directors who were able to attend the sessions:  Colehour Bondera, Chris Coleman, Bruce Corker, Louise Hanna, Anita Kelleher, Mary Lou Moss,  Kurt Schweickhard, and Cecelia Smith for giving of their free time and good thoughts.

Submitted by the Executive Committee

Let cool down then puree.
Can be refrigerated for two weeks.
Enjoy on anything you are grilling!
This is a modified sauce from several recipes.