Message from the President
SURPRISE OR NOT– 2012 Driest Year Ever!
After tallying the annual rainfall for Smithfarms here at an elevation of 1900 feet in South Kona, we discovered that 2012 had a total rainfall of 46.33 for the entire year. The “drought” year of 2010 brought us 47.9 inches of rain! Having kept daily rain records for more than 24 years, it was an interesting discovery because the past year’s coffee crop was happy and bountiful versus the lackluster crop of 2010. (FYI the heaviest annual rainfall we’ve ever recorded was in 2004 when we had 91.41 inches of rain for the year. glub glub)

Therefore one can conclude that that the distribution of rainfall must be far more valuable than the total amount. The adage that “April showers bring May flowers”J holds. Adequate rain in the spring growing season is extremely valuable to the crop’s bounty.
Submitted by Cecelia Smith, President 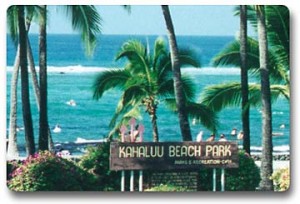 Coming Soon – Annual Meeting to be a Fun Time

All KFCA members are encouraged to attend the Annual General Meeting on Saturday, January 12.  We will have a Potluck at Kahalu’u Beach Pavilion from 2 to 6 PM.

Following the potluck lunch (Bring Your Own Beer!) —- the Annual Meeting will include a short review of the past year’s efforts by KCFA for Kona coffee farmers; voting on two by-law amendments; and then election of directors.  To review the proposed by-law amendments, see https://konacoffeefarmers.org/membership/2013-annual-meeting-by-law-amendments/. You need to be a paid-up member to vote.  There will be plenty of time left to enjoy Kahalu`u Beach, so bring your swimsuits.

Bonus!
Just for being a KCFA member in good standing and as long as the supply lasts, all paid-up members will receive a KCFA logo coffee mug at the annual meeting.

The Kona Coffee Farmers Association will be holding its 6th Annual EXPO for coffee farmers at the Makaeo Pavilion, Old Airport, Kailua-Kona on Friday, January 25, 2013, from 9-3 p.m.  This year we welcome the Hawaii Community Federal Credit Union as a sponsor.

Free and open to all, this is KCFA’s annual community service, connecting farmers with the vendors who serve the farmer’s needs!

The Trade EXPO will feature Displays, Product & Service Information, & Technical Talk-Story. EXPO 2013 will feature only one speaker, Tom Greenwell, who will be speaking on “The State of the CBB Infestation” with an emphasis on conclusions based on data he has been collecting.  Tom will be speaking from 1:30-2:30 p.m. and will include a question and answer session at the end.

Over 40 vendors & informational displays including:

Attention Farmers:  This is your chance to pick up useful tips to help you farm and to learn what is going on in our agricultural community.

Admission is free to all.  Food will be available for purchase from Big Jake’s BBQ. For more information, please contact Mary Lou Moss at 329-4035 or [email protected]. Submitted by Mary Lou Moss

The   Annual General Meeting of KCFA will not be after the EXPO as it has been for the last 5 years. This year it will be on Saturday, January 12.  We will have a Potluck at Kahalu’u Beach Pavilion on Ali`I Drive from 2 to 6 PM.  Watch the sunset with farmer friends and enjoy the close of a day.  Let the kids play on the beach while we have the election of officers and 2012 wrap up. Submitted by Mary Lou Moss

Last November a KCFA member alerted the Branding Committee that the Dunn Bros Coffee website was offering “100% Hawaiian Kona Coffee” from Ka’u. This offering was described as “coffee…from Rusty’s Hawaiian, grown in the renowned Ka’u District on the southern side of the big island.”

Dunn Bros is a Minneapolis-based coffee retailer with 74 locations throughout the Midwest.

On behalf of the Branding Committee, KCFA President Cecelia Smith contacted Dunn Bros and expressed our concern as follows:

“The [Dunn Bros] website’s home page prominently lists “100% Hawaiian Kona Coffee” as one of Dunn’s coffee offerings.  The link from the home page takes the consumer to a page that is headlined in bold font “100% Hawaiian Kona Coffee” and below has a brightly colored panel with the words “100% Hawaiian Kona” surrounded by hibiscus flowers.  The text description, however, describes the coffee as from Rusty’s Hawaiian Coffee and grown in the District of Ka’u.  This is similar to selling a wine as a “Napa Wine” that, in fact, was grown in Sonoma County. Ka’u coffee is not Kona coffee.  Ka’u and Kona are separate geographic coffee origins.  Some Ka’u coffees are of excellent quality, but they are not Kona coffees.  It is a disservice to Kona coffee growers, to Ka’u coffee growers, and to consumers to describe this product in this misleading manner.  We respectfully request that this listing be corrected.”

Dunn Bros’ Co-CEO Chris Eilers responded by thanking Smith for bringing this concern to the company’s attention and advised:  (1) that the “100% Kona coffee” the company is now selling is in fact Kona coffee purchased from Isla Custom Coffee or from Greenwell Farms; and (2) that the company would correct the website information—which it has done.

This is an important example of protecting the Kona coffee name and reputation. If KCFA members and friends come across other examples of this type of deceptive and misleading use of the “Kona Coffee” name, please notify the KCFA Branding Committee at – [email protected].  Although the Hawaii Department of Agriculture holds the trademark for “100% Kona Coffee”, the HDOA has shown little interest in pursuing deceptive labeling in Hawaii or elsewhere. Kona’s coffee farmers themselves, unfortunately, need to take on this task.
Submitted by the Branding Committee

Entitled “Economic Effects of Blending Kona Coffee–A Preliminary Analysis”, this study was requested by the KCFA and was published February 10, 2010. The author, Marvin Feldman, Ph.D., is a well respected, San Francisco-based resource economist with more than 30 years of professional experience.  The Feldman Study is a “Preliminary Analysis” because the blenders have consistently declined to disclose data concerning the economics of 10% blending. In the absence of such disclosure, Dr. Feldman carefully stated and documented the assumptions used in his analysis for the production, costs, and profits of 10% Kona coffee blends.

As we begin preparing Schedule F (Profit or Loss From Farming) for the filing of 2012 tax returns, each Kona coffee farmer is encouraged to:

2–Then consider how a proportionate share of the $14.4 million “extra profit” would increase your farm’s profit margin; and

3–Then take affirmative steps to support KCFA’s continuing efforts to reform Hawaii’s 10% coffee blend labeling law.
Hawaii is the only region anywhere in the world with a statute that authorizes the use of the name of one of its specialty agricultural products with only 10% genuine content. This law is a continuing embarrassment to the State of Hawaii and an economic burden for Hawaii’s coffee farmers.
Submitted by Bruce Corker

As noted in the December KCFA newsletter, the Kona Chapter of the Hawaii Farmers Union United met on December 15, 2012 just prior to the KCFA Board meeting.  An enthusiastic group of farmers representing organic, tropical fruit and coffee growers met, 14 new members joined HFUU’s new Kona Chapter as individual, voting members.  This combined with five other existing or renewing Kona area members brought the total to 19 for the new Kona chapter.  Those at the meeting brought a wealth of ideas and enthusiasm to the statewide representation of small farmers of all persuasions.

The new chapter elected David Case of Kailua-Kona as Acting President.  They also formed a Bylaw Committee to draft the Kona Chapter Bylaws to be reviewed at the next meeting scheduled for 2:00 pm on January 15, 2013 at the CTAHR Conference room in Kainaliu.  At KCFA’s invitation, the new HFUU Kona Chapter will also have a table at the January 25, 2013 Expo to spread the word to other farmers.  In a demonstration of the meaning of “Union”, the HFUU Maui Chapter is expediting a supply HFUU logo wear (hats and shirts) to the new Kona Chapter exclusively for Expo.  All interested farmers and their supporters are invited to bring your ideas and energy to the January 15 meeting in Kainaliu.
Submitted by David Case