KCFA 7th Annual EXPO for Small Farmers – January 31, 2014
More information on both events in articles below

Kona Representative Nicole Lowen and Hawaii County Senator Russell Ruderman—at the request of KCFA and in support of Hawaii’s coffee farmers—will be introducing in the 2014 Legislative session companion versions of a bill to require disclosure on the label of the origin of coffee contained in packages of Hawaiian “coffee blends”.

This is a very modest step in the direction of fair marketing and consumer disclosure.  Visitors from the Mainland who don’t read beyond the large print (for example “Royal Kona” or “Hawaiian Gold Kona Coffee”) at the top of packages of 10% Kona blends will still be misled into buying what they wrongly believe to be Kona coffee. But for those buyers who carefully read the label, for the first time there will be an express indication that 90% of the contents is not from Kona or from any other region of Hawaii.
–Submitted by the Legislative Committee 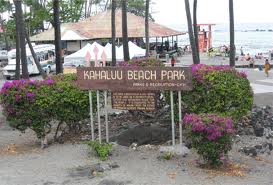 Annual General Membership Meeting – Sunday, January 12, 2014
The 8th Annual General Membership Meeting of the Kona Coffee Farmers Association will be held on Sunday, January 12, 2014! Everyone is encouraged to attend this interesting fun time! MARK THE DATE now and please come join us at beautiful Kahaluu Beach Park Pavilion.  Hear summaries of the KCFA’s year’s activities, cast your vote for 2014-2015 KCFA Board Members, enjoy talking story with  your fellow farmers and the Pot luck food contributions will probably be  amazing, again.
When:  Sunday, January 12, 2014 from Noon to 4 pm- (Beer and Pupus at Noon, Meeting at 12:30 followed by Potluck Lunch)
Where:  Kahaluu Beach Park Pavilion at the south end of Alii Drive, makai
Why: Annual Meeting and Election of the Board of Directors for 2014-2015
POTLUCK, yes! and the KCFA will supply the beer, eating utensils, plates and cups!! Questions?  Email Mary Lou Moss: [email protected] or call 329-4035.
NOTE:  You must be a Current paid-up Member of the KCFA to vote.  Memberships may be renewed prior to the beginning of the Meeting.
We’ll see you there!

What about Roy and Sam?

In an article in last month’s Independent Voice entitled “10% Coffee Blend Migrates to Ka’u”, we encouraged members to contact Chef Alan Wong to express disappointment that Chef Wong has agreed to the use of his name on a newly marketed “10% Ka’u Coffee Blend”—notwithstanding the pledge on his website to be “a link and advocate for local farmers, growers, ranchers and producers.”

In response to that article we got the question: “What about Roy Yamaguchi and Sam Choy?”  Both these high-profile Hawaii chefs also tout use of Hawaii grown products and local ingredients–while agreeing to the use of their names on packages of Royal Hawaiian “10% Kona blends”, containing 90% foreign-grown coffee.

We believe that renowned Hawaii restaurants and chefs should be featuring genuine Hawaii agricultural products; they should be supporting Hawaii’s farmers; and they should not be assisting the Honolulu blenders in passing off foreign coffee under Hawaii regional names.

We agree with the message from newsletter readers and encourage KCFA members to also communicate their disappointment to:

Chef Yamaguchi—go to www.roysrestaurant.com, click on “About Roy’s” and then click on “We’d love to hear from you”; and to

Chef Choy—Send an email to:  [email protected]
–Submitted by the Branding Committee

Memberships – How long do they last?

I have been the membership chair for the KCFA for the last two years.  Historically our memberships have always been on a calendar year basis.  No matter on what date you bought your membership it would only last till December 31st of that year.   We would always start reminding the members in October that their membership needed to be renewed by December 31st.  We would also run an annual new member sale beginning in October “buy a new membership now (October, November, December) and you will receive 3 months free” or  “Get 15 months for the price of 12”
This last spring I realized that every other nonprofit group to which I belong or magazine to which I subscribe starts my membership year on the day I remit my member dues. My membership then ends on my anniversary date.

I proposed to the Board of Directors that we change our membership subscription year to end a full year after joining.  The board agreed to the change, but made the change effective on December 31, 2013.  This means that all of our members who were accustomed to the calendar year system and who renewed in December would notice no change.  But it would mean that new members beginning January 2014 would have individual membership expiration dates.  An investment has been made to reprogram the website to enable the new automatic renewal system.  The new system will save volunteers’ time as well as decrease  repeated email campaigns. We hope it will make it easier for you to renew your membership. For our new members who joined before October 2013 their memberships will expire on December 31, 2013.  Our new members who joined after September 2013, their membership will expire on December 31, 2014.  So for 2013 all members have been treated exactly as all new members since our founding in 2006.

We value both our long time members and our new members.  We are grateful for all of your support of 100% Kona Coffee and we hope that you will take advantage of your membership privileges and resources.  Member suggestions are welcome.  We also have been committed to keeping our membership dues at the same affordable rate and we believe that your KCFA membership is a valuable asset.
—Submitted by Louise Hanna, Membership Chair

2014 EXPO – Friday, January 31, 2014
EXPO coming up on January 31 — note new time — 10 a.m. – 4 p.m.  You won’t want to miss this one! The EXPO will again be held at Makaeo Pavilion Old Airport, Kailua-Kona. This year we’ve had the most vendors ever sign up to present their products & services to you!  Starting at 11:00 a.m., we will start conducting half hour panel discussion sessions with 3 or 4 different experts each covering five different “hot coffee topics”.  Lisa Keith of Pacific Basin Agricultural Research Center will be the key note speaker at 2:15 p.m.  She will be giving us a Coffee Berry Borer research update among other things.
We will be send more information as we get closer to the date, so please stay tuned.
For more information, please contact Mary Lou Moss at 329-4035/896-4175.
—Submitted by Mary Lou Moss

Recently a KCFA member forwarded a link to the State Auditor’s report entitled, “Management Audit of the Department of Agriculture’s Measurement Standards Branch”.  The audit had been ordered by the Legislature. The report, issued in March 2013, is candid and it is very critical of the HDOA’s management of responsibilities given by state law to the Measurement Standards Branch.

Among other functions, the Measurement Standards Branch has responsibility for enforcing coffee standards and coffee labeling. Of particular note to coffee farmers are findings:

1—That since 2009 the HDOA has completely failed to meet its statutory responsibility to enforce labeling laws.  The Auditor found that from 2009 “all packaging and labeling inspections and price verification testing have been suspended.  These activities also include specific packaging and labeling enforcement functions required by law, such as those for island fresh milk, macadamia nuts, and Hawai’i-grown coffee.”  ZERO ENFORCEMENT over the course of more than 4 years.

2—That even though the Legislature appropriated $420,000 in 2012 to restore inspector positions, the Measurement Standards Branch had failed to use any of these appropriated funds to hire inspectors.   This is the same time period in which the HDOA supported passage of legislation (HB280) to repeal the system of mandatory green coffee inspection which had protected the integrity of Kona coffee since the Kona Kai scandal of the mid-1990s; and

3—That under the heading “Better Planning is Needed”, the auditor found that the Branch “has no plans, policies or procedures for overseeing” expanded enforcement and inspection activities and that “management does not have a well-supported basis to determine priorities, guide decisions or demonstrate the effectiveness and efficiency of its programs.”

This report is a fascinating read.  Click on this link for the full text:

–Submitted by the Legislative Committee 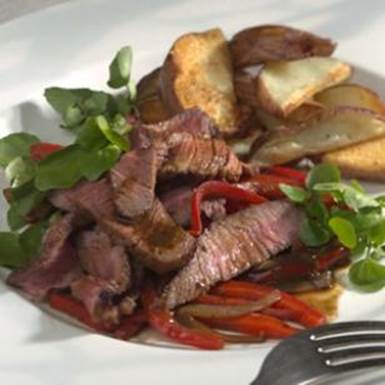 Southwestern Steak and Peppers
This is a low Fat, Diabetes friendly low carb, low sodium recipe. A spice crusted steak with an unusual ingredient of coffee in the sauce that gives it a richness and depth of flavor.

1.     Mix cumin, coriander, chili powder, salt and 3/4 teaspoon pepper in a small bowl. Rub steak with the cut garlic. Rub the spice mix all over the steak.
2.     Heat 2 teaspoons oil in a large heavy skillet, preferably cast iron, over medium-high heat. Add the steak and cook to desired doneness, 4 to 6 minutes per side for medium-rare. Transfer to a cutting board and let rest.
3.     Add remaining 1 teaspoon oil to the skillet. Add bell peppers and onion; cook, stirring often, until softened, about 4 minutes. Add minced garlic and brown sugar; cook, stirring often, for 1 minute. Add coffee, vinegar and any accumulated meat juices; cook for 3 minutes to intensify flavor. Season with pepper.
4.     To serve, mound 1 cup watercress on each plate. Top with the sautéed peppers and onion. Slice the steak thinly across the vein and place over vegetables. Top with pan sauce and serve immediately.
This recipe is from Winter 2004 Eating Well Magazine