Legislative Update
Extension of Current Coffee Grade Standards—On March 14, 2017, the Board of Agriculture accepted the minutes of public hearings (including the March 7 hearing in Kona) and adopted amendments submitted by the Hawaii Department of Agriculture (HDOA) to the administrative rules for an extension of the current coffee grade standards.  At the EXPO on April 28, HDOA Chair Scott Enright advised that the amendments have been forwarded to the Governor for signature.  On  May 17 the Governor approved and signed the amendments. The extension of the “sunset” date through June 30, 2020, will provide a much needed additional 3 years for the coffee farmers of Hawaii Island, Maui and Oahu to continue to develop and implement measures to combat Coffee Berry Borer (CBB).  THANK YOU to the many KCFA members who submitted written testimony and others who testified in person at the March 7 hearing at the West Hawaii Civic Center.
HB186: HDOA Subsidy Program for Beauveria bassiana (Bb)—On April 26, the Senate/House Conference Committee reached agreement on a final version of HB186 to extend for 2 additional years (to June 30, 2021) the HDOA-administered subsidy program for coffee farmers purchasing Botanigard and Mycotrol to combat CBB. The amended version from the Conference Committee was subsequently passed by the Senate and House, and was transmitted to the Governor on May 3, 2017.  Unfortunately, the section for additional funding for the program was stripped from the bill.  It is uncertain when current funds will be exhausted.  At the EXPO, Scott Enright pledged that the HDOA will seek to provide resources to continue the program if the Legislature fails to appropriate funds again next year.  THANK YOU to the many KCFA members sent written testimony in support of the bill to the 5 separate committee hearings.
HB256: Fair Labeling for Hawaii Coffee—At the EXPO on April 28, 126 Hawaii County residents signed the following Petition.  The Petition was presented to Tim Vandeveer at the Democratic Party’s Hawaii County Convention on May 6.  The Petition reads:
Petition
4/28/17
To: Tim Vandeveer, State Chairman
Democratic Party of Hawaii
We, the undersigned residents of Hawaii County, respectfully request that you convey to the Democratic Party Leadership of the Hawaii House of Representatives our disappointment and concern that the Fair Labeling for Coffee Bill (HB256—50% minimum genuine content and identification of origins in “blends”) was killed behind closed doors and without a hearing by the Chairman of the Consumer Protection and Commerce Committee.  This action disregarded an express resolution from the 2016 State Democratic Party Convention (BUS/AG 2016-03) and the inclusion of HB256 in the Democratic Party’s 2017 Package of Legislative Priorities.
Name (print)                           Signature                                Address
–Submitted by the Legislative Committee 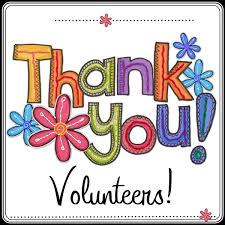 Big thank you, mahalo, gracias and arigato to those listed below for their Volunteer help at EXPO. Without you, we could not have had such a successful day!

GOLETA, Calif., U.S. – Things aren’t so easy for avocado growers in California these days. There’s more competition from Mexico and less water. And the old trees just don’t bear fruit like they used to.
But the New York Times reports that is giving rise to a surprising new California crop: coffee. Read this:  http://tinyurl.com/yabb4x4n
–Submitted by Cecelia Smith

Part 1 – A VERY brief chemistry of coffee roasting
Roasting green coffee begins an exquisitely complex set of chemical changes that is neither fully understood nor easily controlled. For example, roasting induces chemical reactions that are sensitive to the amount of sugars, oxygen (and/or other oxidizers) and water available to the reaction.
To dig a bit deeper into the chemistry of coffee roasting, check out  http://www.cooksscience.com/articles/story/the-science-of-coffee-roasting/
You can also consider searching the Journal of Food Science (there are some public access articles) or Elsevier has published an entire series of scholarly books on Coffee (Edited by R.J. Clarke and R. Macrae) – NOT for the faint of heart.
What goes on when green coffee is roasted? There are myriad reactions occurring. The Maillard reaction, Caramelization, Pyrolysis, and the inverse Strecker Reaction are just a few.
Maillard Reaction: reaction between certain sugars and amino acids that gives roasted/browned foods their flavor. First described in 1912 by Maillard while working on protein synthesis. The reaction is characterized by the carbonyl group of sugar (COOH) reacting with an amino group (NH2). The detailed chemistry is varied and complex resulting is a collection of nitrogenous melanoidins and other polymers that are often brown in color.

Inverse Strecker Reaction (or Strecker degradation) – the breaking down of amino acids (typically in the presence of an oxidizer and moisture) into smaller compounds that include aldehydes, ketones, ammonia, and carbon dioxide.

Green coffee beans are themselves a complex chemical trove consisting of cellulose, a collection of sugars, amino acids, photosynthetic products, moisture, etc. When you heat a green coffee bean, you initiate a complex and interrelated chemical process that includes the four reaction types noted above and a bunch of others to boot. As the roasting progresses, chemistry “happens”, moisture and other volatile compounds are driven out of the beans, and we see the color of the beans changing. Eventually we get to the well known “First Crack” (typically occurs at 190°-205°C or 375°-400°F). This is the gentler coffee version of popcorn caused by water in the beans turning to steam and building up pressure until the cellulose fibers burst.
The second crack (typically occurring above 215°C or 425°F – if you roast this far), is where the cellulose begins to chemically break down (pyrolysis). The internal bean pressure in the second crack is caused mostly by organic byproducts of roasting and CO2(pyrolysis & Strecker reaction). In addition, long-chain and high molecular weight polymers are formed that are the tell-tale oily substance one finds on dark roasted coffee beans.
The last point to make here about the chemistry of roasting is that timing is crucially important. All chemical reactions have rates associated with them. For example, wood burns at a different rate from paper from gasoline from trinitrotoluene (TNT – which “burns” REALLY fast). The practical point is that if two people roast the exact same coffee beans to 405°F but the first takes 11 minutes to get there and the second takes 30 minutes, the resulting product will be very different. This is due to both the different rates of the various chemical reactions going on and the amount of volatile organics that will be expelled during the roasting process.
Once your coffee beans are roasted, the volatile compounds produced in the roasting process will evaporate, moisture will be absorbed, and susceptible chemical compounds will oxidize. All of these processes occur over time – unless you intervene to stop or at least slow these processes.

SPOILER ALERT: The Answer is …
We have had so many people tell us that roasted coffee beans should not be stored in the freezer. The web is full of similar recommendations. Based on the science of coffee roasting and taste, this appears to be misinformation.
If the only thing you’re interested in is whether to store roasted coffee in the freezer, I’ll cut to the chase here: You should freeze roasted coffee beans that you don’t intend to use in the first few days after roasting. Store roasted coffee beans in air-tight (which also means moisture-tight) low permeability containers (glass mason jars are excellent). Why? Well, that’s the point of the rest of the article. Next month, the conclusion – PART 2 Storing Roasted Coffee.
–Submitted by Bob Kraus

Two Papaikou inventors have developed a fire ant bait station that is nailed up in a tree, reducing exposure to the insecticide. The two macadamia farmers no longer have infestations.  I have been treating infested coffee trees for over a year now and am looking forward to trying out this simpler method. Read the entire West Hawaii Today article here:  http://westhawaiitoday.com/news/local-news/friends-invent-new-way-attack-fire-ants
–Submitted by Clare Wilson

The High Price of Kona Coffee on the Mainland

Kona DeCaf Co., located in the Holualoa area, decaffeinates and roasts Kona coffee using a process that does not use chemicals, producing a more natural tasting coffee. Great for those customers who want some decaf along with their regular Kona coffee.
From their website:  “KonaDecaf’s all-natural CO2 process removes the caffeine by acting as a bonding agent that attaches to the caffeine molecules.  Unlike other common decaffeinated processes that uses chemicals to dissolve the caffeine in beans, the flavor of the coffee becomes compromised, thus the “decaf” taste. Our all-natural CO2 process removes most of the unwanted caffeine, while maintaining the regular taste of the coffee..  The flavor of KonaDecaf Coffee cannot be compared to others.”  www.konadecaf.com

LET US KNOW WHAT YOU THINK! >> Write us. We welcome Letters to the Editor up to 150 words. We reserve the right to edit for clarity and length.  Include your name and email address >> Email: [email protected] with SUBJECT: Commentary.