Candidate Forum Wrap-Up
The politically important, and well received efforts of KCFA Board members resulted in a very successful Agricultural Candidate Forum held for Hawaii State Congressional and Senate races who serve the Kona District (note that political district overlap with Kau is significant).  A majority of KCFA Board members were present at the event itself.  The co-sponsoring organization, Kona Farmers Union United, working alongside KCFA ensured that the logistics went smoothly.  Rick Robinson volunteered to serve as the discussion moderator, which went well and for which he deserves our appreciation.

Attendance at the event, held at Konawaena High School cafeteria on August 2, was at least 50 people in addition to the candidates.  By the end of the time allocated, Mr. Robinson still held questions that audience members had submitted which could not be asked (read that people were asking a lot of diverse questions — more than could be fit in!); another indicator that the event was a large success.

Continued partnership as local agricultural support groups, such as the local chapter of the Farmers Union, means that KCFA can and should continue to be perceived as an active group working to ensure that agricultural issues, notably Kona coffee, are given attention at all levels — local, County, State, National and international.  For that we must continue to work side by side with groups who have overlapping missions. Mahalo to all who helped bring this together!
–Submitted by Colehour Bondera

The KCFA held a successful event at the Made in Hawaii Festival on Oahu, from August 17-19, 2018 with over 55,000 attendees. The KCFA booth was beautifully decorated with lots of handouts, displays and bags of coffee. Photos here

Big Mahalo to Christine Coleman KCFA Board member, for generously donating the entire Booth cost to the KCFA. The complete KCFA membership was invited to sell their farm’s coffee, with 80% of the net sales going to the individual farmer and 20% of the net going to the KCFA. Member farms that chose to be part of the Made In Hawaii Festival were: Kona Kaffe, Wailapa, Lion’s Gate Farm, Kula Mana Farm, Maluhia, Kings Cup, Sugai, Buddha’s Cup and KCFA coffee.

A big Mahalo also to our volunteers who gave their time and their money to go to Oahu on KCFA’s behalf: Armando and Karina Rodriguez, Chris Coleman, Kay Dixon, Manny Ochoa, Mila (of Maluhia), Sarah Fogelstrom and Suzanne Shriner.

As part of the Festival, KHON2 TV did a live interview with President Suzanne Shriner who offered a 10% Kona Blend vs. a 100% Kona “Taste Test” on camera, resulting in the TV reporter tasting the obvious difference. Click here to view.

Suzanne said as a result of being at the Festival, she was approached by a variety of Oahu retail stores that were excited about including 100% Kona Coffee,  stores like Foodland,etc.  Also coffee buyers asking how to get in touch with our farmers. The KCFA team handed out lists with all the KCFA members so they can buy direct from our farmers. If you get a call let us know!

A successful KCFA venture with over $5500 received for the 3 day show. We look forward to more participation from KCFA members next year. Mahalo to all who participated.
–Submitted by Cecelia Smith 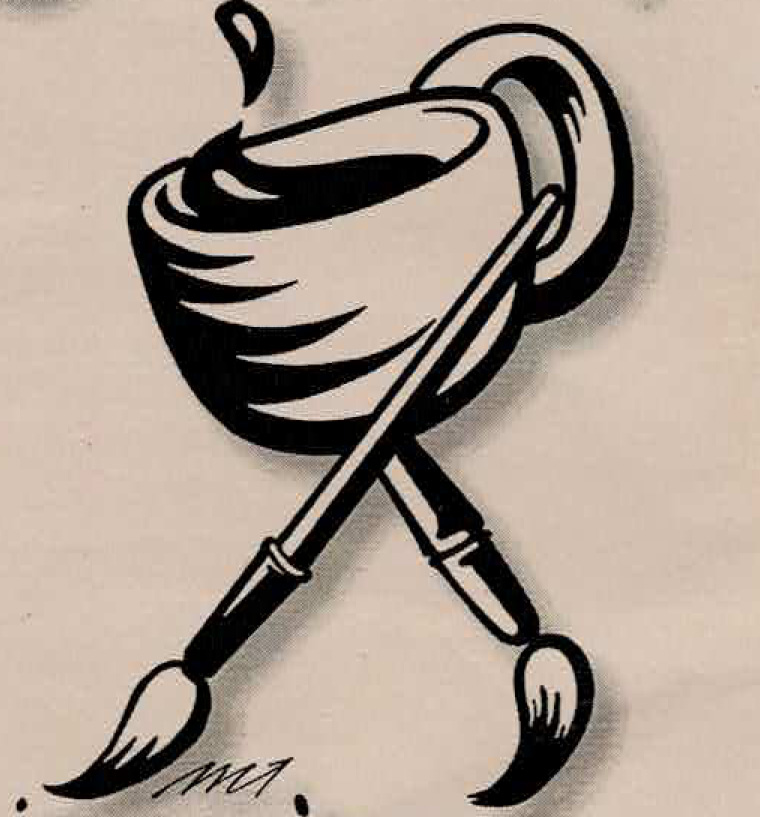 Mark your Calendars!
Due to complications of reserving venues, the Holualoa Coffee & Art Stroll is scheduled for November 3rd although the rest of the Kona Coffee Cultural Festival is scheduled to begin on the 9th. It is important that the date of the Stroll is made known to as many as possible.
–Submitted by Suzanne Shriner

Whether you have a Scott, Agritronix, Dickey-John or other model, your moisture meter should be calibrated annually for accuracy.  KCFA and CTAHR are co-hosting a calibration workshop on Friday, September 28 at 10:00 AM at the Extension office in Kainaliu. Parchment certified by HDOA will be available to accurately dial in your meter. Remember, by law, green coffee must be dried to 9%-12% moisture (industry standard is 11%).  This workshop always fills up, so register promptly with Gina at CTAHR: [email protected] or 322-4892
–Submitted by Suzanne Shriner

Reduce your State Taxes by Joining the EZ Program

The Enterprise Zones (EZ) Partnership Program gives State & County benefits to West Hawaii agbusinesses and companies in an effort to stimulate business activity, job preservation, and job creation. Enrolling in the program can waive your State GET, reduce property taxes and generate other county benefits for up to ten years. There are annual reporting requirements.  Agriculture entities have some different and beneficial requirements. Get more information at https://invest.hawaii.gov/business/ez/.
–Submitted by Suzanne Shriner 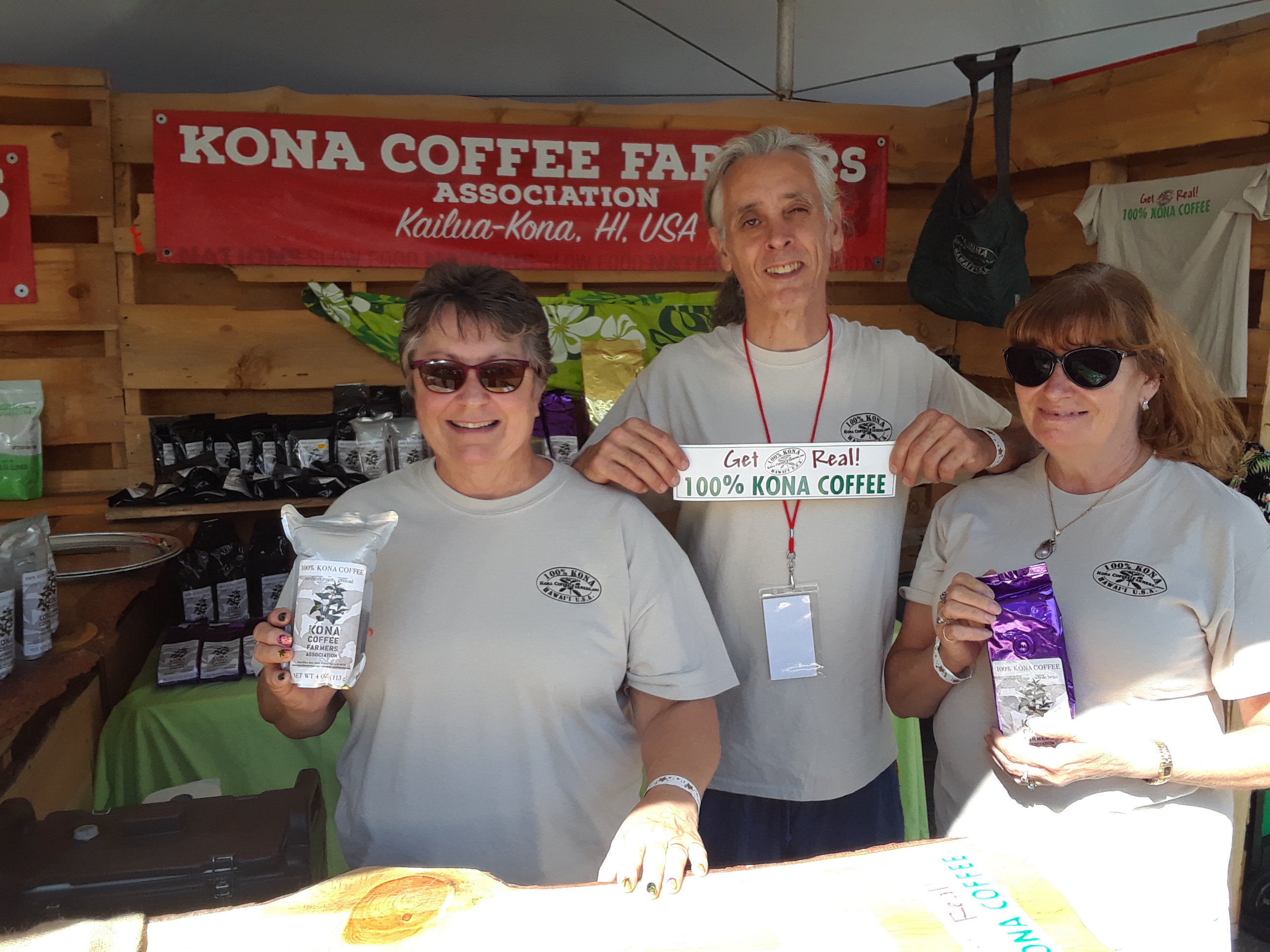 Slow Food Nations Festival event was again (second year in a row KCFA had a booth there) a big success!  The Taste Marketplace past of the gathering was similar to 2017, though the booth space that we had adjacent to Slow Food Hawaii was different since they decided to not have a booth in 2018.  Note that this is in part because Slow Food Hawaii prioritizes sending delegates to Slow Food international’s Terra Madre which happens each alternate year in Italy.  The other parts of the whole were changed, since it had been discovered that spreading activities across Denver was too complicated for participants, and so they were much more centralized in locations.  For an overall review, have a look at the website: https://slowfoodnations.org/event-archive-2018/.

While we were much more easily able to gather donations of member coffee to combine and sell as KCFA coffee at this promotional event (thank you again to all of the generous donors!), the change in how SFN was promoted meant that the attendees were not more than last year, and so sales were close to the same as the in 2017, rather than increased as hoped (so in 2017 we brought no coffee back, but in 2018 there was about 10% left at the end).

Further, since location (Denver) is not easy to get to, we did not have many extra volunteers help with the booth.  Kay Dixon, Colehour Bondera, and Karen Zulkowski were the primary ones who put the pieces together and made the whole thing happen.  In the end, Karen’s husband (John) was able to help for one of the two days, as well as help with returning of rental coffee units for which he deserves extra thanks.  Furthermore, member Ana Webb (Moonstruck Farm) was able to stop through on her way to a family event, and lend her helping hands for much of one of the days of the event – thank you, Ana!

While there was some hope in preparations for KCFA to participate in one or more of the presentation/education events going on, that did not happen in the end.  This was ok, since we did not really have enough help to make the booth able to operate with less attention (organizing coffee that had been shipped, working out the set-up and rentals and electrical needs took the day before and some of the initial hours of the first day of Taste Marketplace, so we were busy while also brewing the coffee needed for samples).

Finally, the fact that there was not a ready way to take substantial breaks and participate in other parts of the Festival (such as attending educational components as a participant even if we cannot be presenters) and/or budget allocations to engage in social and connection activities meant that the value of being there was significantly less than possible, and this should seriously be considered as KCFA continues to seek to have a stronger voice in affecting policy and practice at the state and national levels, where we can and should put energy towards being guaranteed a seat at such relevant tables for our distinguished product of geographical origin, which Kona coffee is with or without KCFA, but it is a great opportunity since Slow Food is such a well recognized, healthy movement at all levels, at the local, County, State, national and international levels.  Lets’ keep Kona coffee strong and continue to support!
–Submitted by Colehour Bondera

Recipes Wanted! If any of you have coffee recipes that you would like to share, please submit them to the editor: [email protected]

LET US KNOW WHAT YOU THINK! >> Write to us. We welcome Letters to the Editor up to 150 words. We reserve the right to edit for clarity and length.  Include your name and email address >> Email: [email protected] with SUBJECT: Commentary.

Commentary Response to August’s Newsletter: I’m always completely overwhelmed at how great and informative the newsletter is every month…Â  🙂 This one’s no exception… Chet